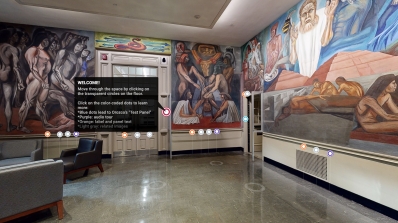 virtually through a 3D tour

The Epic of American Civilization by José Clemente Orozco, painted between 1932 and 1934, is one of Dartmouth's greatest artistic resources. As Professor Mary Coffey writes in the Hood Museum of Art's publication Orozco at Dartmouth: "José Clemente Orozco reorients the 'epic of America' from the standard US narrative that begins with British colonization along the northeastern seaboard and proceeds heroically west to a Mexican story rooted in Mesoamerican civilizations and the devastation wrought by the Spanish Conquest . . . Orozco presents America's epic as cyclical in nature, the eternal return of destruction and creation, rather than a linear tale of democratic expansion and progress."

Located in the Orozco Room in Baker Library, the 24 panels comprising the mural cover nearly 3,200 square feet of wall space. One of Orozco's finest creations and one of Dartmouth's most treasured works, the mural was designated a national historic landmark in 2013.

The Orozco Room was made possible by the Manton Foundation, whose generosity provides perpetual support for the preservation, understanding, and awareness of the Orozco mural.

Explore The Epic of American Civilization virtually through this 3D Matterport scan. Move through the space by clicking on the transparent circles on the floor. Click on the color-coded dots to learn more about Orozco's mural cycle through additional imagery, text, and audio.

Listen to a question-and-answer session about Orozco's commission and experience at Dartmouth with Dr. Jacquelynn Baas, director emeritus of the University of California, Berkeley, Art Museum and Pacific Film Archive, and inaugural director of the Hood Museum of Art.

Listen to an audio tour by Dartmouth Associate Professor of Anthropology John Watanabe. Professor Watanabe is a Latin American and Mesoamerican specialist.

Download Orozco at Dartmouth: The Epic of American Civilization (pdf)

Take A Closer Look at Orozco's "Gods of the Modern World" panel using this brochure. The A Closer Look brochures were originally designed for use in the galleries. They introduce visitors to one work of art through the Learning to Look method.

Learning to Look: José Clemente Orozco (teacher resource). Based on the Learning to Look method created by the Hood Museum of Art. This discussion-based approach will introduce Orozco's test panel using the five steps involved in exploring a work of art: careful observation, analysis, research, interpretation, and critique.

View a full-screen panoramic image of the The Epic of American Civilization and examine preparatory drawings in context. The site includes in-process documentary photographs as well as essays by Dartmouth students who have taken courses on Orozco and Mexican art.

For more information, read the related article or the press release (pdf)

The Orozco Room is located on the lower level of Dartmouth's Baker Library. The street address is: 25 North Main Street, Hanover, NH 03755.

Photographs of the mural may be taken for personal use only. Flash photography is not permitted.

Past Programs About the Murals 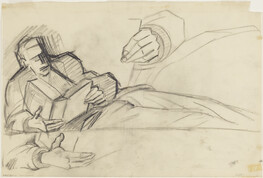 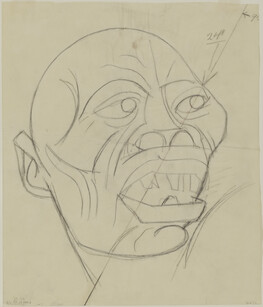 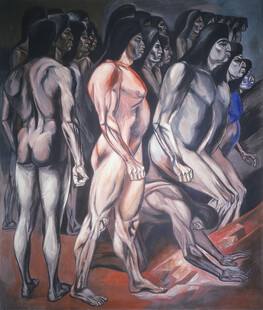 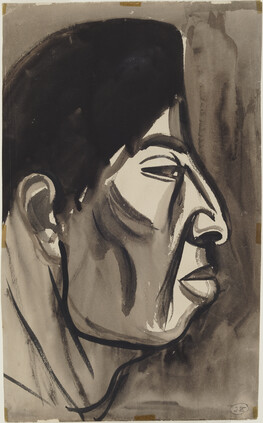 A SPACE FOR DIALOGUE: "Coloring the Western Canon"

CONVERSATIONS AND CONNECTIONS: “Culture and Conflict in Central America”