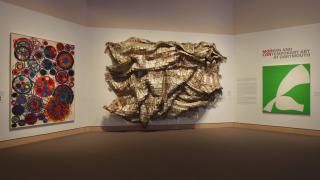 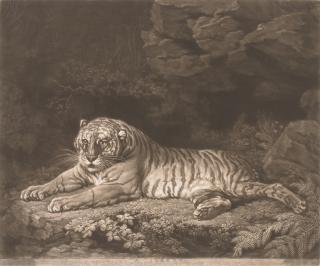 The Great Age of English Mezzotints

“The Artful Disposition of Shades"
January 19, 2010, through March 14, 2010
In the century and a half before the advent of photomechanical reproductions in the mid-1800s, mezzotints were the favored medium for publicizing English paintings. Compared to traditional printmaking techniques, such as engraving and etching, the new tonal method was praised by contemporaries for its ability to represent the painterly qualities of light and shadow. Although generations of artist had used prints to heighten awareness of their designs, the establishment of regular public exhibitions in London in the second half of the eighteenth century significantly increased the demand for inexpensive and widely available editions of fashionable pictures. Many painters embraced the picturesque appearance of mezzotints, including Reynolds, Turner, and Constable.

The Language of Emotion

The Caricature of Honoré Daumier

France in Transformation
April 25, 2009, through August 24, 2009
One of the most witty and adept caricaturists of all time, Honoré Daumier created a body of social and political cartoons that continues to resonate today. The Hood Museum of Art’s collection offers a rich overview of Daumier’s career as a graphic artist, presenting a picture of France at a time in the mid-nineteenth century when cultural and societal changes were ushering in a new era of modernity.

The Origins of Mezzotint in the Seventeenth Century

European Art at Dartmouth
August 30, 2008, through March 08, 2009
The earliest known European objects to arrive at Dartmouth were “a few coins and curiosities” obtained by President John Wheelock during his 1783 tour of England, France, Holland, and Scotland. The collection grew gradually throughout the nineteenth century, but the introduction of European art history courses in 1905 led to a significant expansion of the College’s holdings. A dramatic increase in gifts and acquisitions occurred after the 1985 opening of the Hood Museum of Art, which now houses several thousand European objects dating from the Renaissance to the early twentieth century.The core of the European collection, comprised of an exceptional array of works on paper, has been significantly enhanced in recent decades by the addition of a large number of remarkable paintings and sculptures. The exhibition highlights over 150 objects from the Italian and German Renaissance, the Dutch Golden Age, the Enlightenment and Romantic periods, and the early modern era. Featured artists include Andrea Mantegna, Pietro Perugino, Albrecht Dürer, Claude Lorrain, Rembrandt van Rijn, Jan Davidsz. de Heem, Louis-Léopold Boilly, John Constable, Sir Lawrence Alma-Tadema, Georges Braque, and Pablo Picasso.