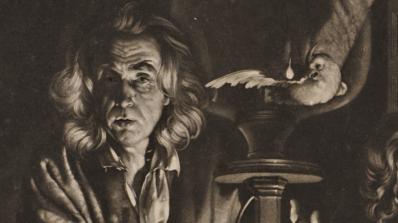 Because only a few actual European artists traveled to the Holy Land during the Ottoman occupation in the sixteenth and seventeenth centuries, people relied on imaginary depictions of Jerusalem's legendary monuments and landscape. Some featured ancient buildings in the background, while others presented more familiar settings inspired by local scenery. In nearly every instance, the surroundings were grand in scale and elaborately rendered.

The present exhibition brings together a variety of interpretations of Christ's Passion, as well as some other stories set in Jerusalem. It also includes several illustrated publications highlighting idealized urban views and individually reconstructed buildings from biblical times. Together, they comprise some of the most enduring images of the city and its environs.

Organized by the Hood Museum of Art and generously supported by the Frank L. Harrington 1924 Exhibition Fund.