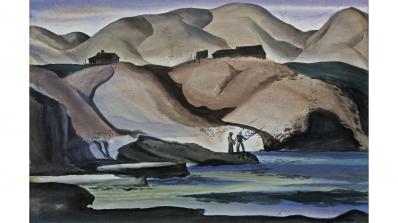 This exhibition celebrates the finest portraits and still photography produced during the heyday of the American film industry—1920 to 1960—now considered Hollywood’s Golden Age. It includes ninety-three photographs drawn from the London-based archive of the late author and collector John Kobal. This collection of the work of more than fifty photographers highlights portraits of film celebrities including Greta Garbo, Marlene Dietrich, Gloria Swanson, Clark Gable, and Humphrey Bogart. Through the skill and inventiveness of these photographers, the faces of Hollywood’s greatest stars were memorialized for generations of movie audiences.

Organized by the Santa Barbara Museum of Art and presented at the Hood Museum of Art through the generous support of the Marie-Louise and Samuel R. Rosenthal Fund and the Ray Winfield Smith 1918 Fund.