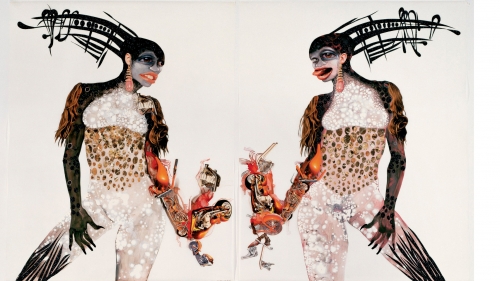 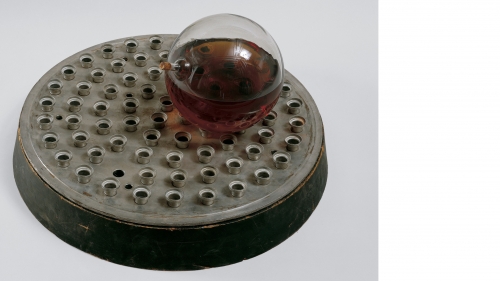 Terry Adkins was the Artist-in-Residence at Dartmouth College during the summer of 2003. A memorable exhibition of his work took place in the Jaffe-Friede and Strauss Galleries in Hopkins Center at that time, and Still (2000) was a centerpiece of that project.

2003 Volunteer of the Year Award

Robert Webster Fitz, a part-time member of the Hood’s security team since 1992, passed away in late September after a year-long battle with cancer. His professional dedication—the better part of his first career was spent as the Deputy Fire Chief in nearby Lebanon, New Hampshire—was admired by all who knew him, and his sense of humor never failed to lighten the Hood’s galleries.

Letter from the Director: Autumn 2003

Q & A with Seán Hemingway '89, The Metropolitan Museum of Art

Coming of Age in Ancient Greece: Images of Childhood from the Classical Past

We know a great deal about the lives of men in ancient Greece, and something about the secluded existence of women. Information about children's lives, though, is largely missing. What scholars do know has been pieced together from surviving written texts—chance literary references, writings by ancient philosophers on education and upbringing, and fragmentary inscriptions on monuments and gravestones.

Hands-on Learning About Life in Ancient Greece: The Friends' House