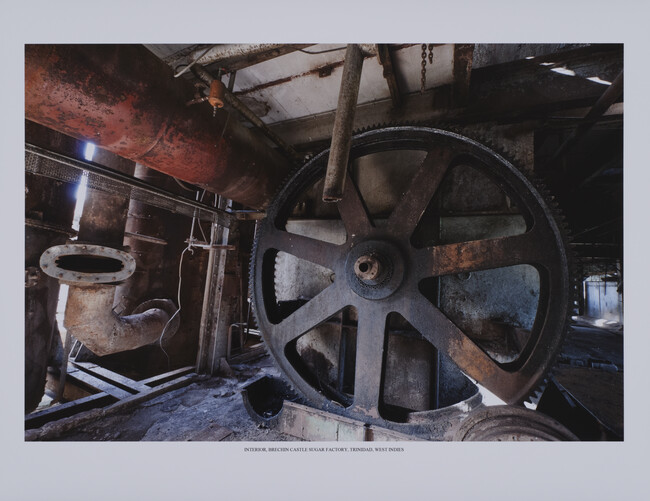 Pablo Delano has long been fascinated with the Caribbean island of Trinidad. In 2008 he published In Trinidad, a remarkable book of photographs that reflected the island’s complex history, cultural traditions, public rituals, and post-colonial identity. In 2012 Delano returned to Trinidad and embarked on a new series of photographs that documented the abandoned sugar factories and crumbling mansions owned by their former managers. Like the photographs he made for In Trinidad, these works address the legacy of colonialism in post-independence Trinidad. However, while the earlier series depicted the diversity of Trinidad’s multiethnic communities, these new works are eerily depopulated. The titles of these photographs, which are deliberately factual and long-winded, are intended to evoke the captions assigned to photographs of similar buildings in colonial guidebooks. The decayed ruins are a visible reminder that the economy of this Caribbean island once depended on the exploitation of African slaves to feed the seemingly insatiable demand, in both Europe and the United States, for luxury food items like sugar, coffee, and cocoa. Following emancipation, British companies like Tate & Lyle arranged for indentured workers from India, another colony in the British Empire, to replace slave labor on the plantations of Trinidad by working under appalling conditions in these newly constructed factories, many of which were in operation until fairly recently.