The Hood Museum of Art, Dartmouth, is delighted to announce the appointment of four new members to the Hood Museum Board of Advisors.

The Hood Museum of Art, Dartmouth, is delighted to announce the appointment of four new members to the Hood Museum Board of Advisors for three-year terms: Bettina L. Decker, Class of 1992; Megan Fontanella (Remmelts), Class of 2004; Steven "Steve" S. Tseng, Class of 1995, Tuck School of Business Class of 2001; and Natalie B. Wilensky, Class of 1986. The museum relies on its board for counsel and support and looks forward to the contributions of this diverse and accomplished group. John Stomberg, the Virginia Rice Kelsey 1961s Director of the Hood Museum, said, "We are thrilled to have such amazing and accomplished individuals joining the Hood's board. Each person adds a unique set of skills and brings relevant experience to this group, which has for so long helped the museum maintain its programmatic excellence." 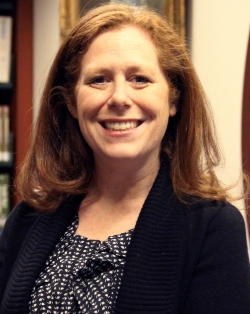 Bettina L. Decker '92 is passionate about museums and education. She volunteers her time at the Metropolitan Museum of Art, where she serves as a school programs guide for students in grades 4–12, helps develop tours, and evaluates and mentors museum docents. Bettina has also been a school guide at the Gracie Mansion Conservancy. She has a background in education, having worked at the Chapin School in New York City, where she co-chaired the history department and taught upper and middle school. Bettina graduated with honors in 1992 from Dartmouth College with a dual degree in history and art history and a certificate in women's studies. At Dartmouth, she also received the Adelbert Ames Fine Arts Award. She later earned an MA in media studies from the New School for Social Research. 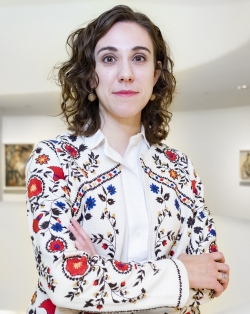 Megan Fontanella (Remmelts) '04 is curator, modern art and provenance, at the Solomon R. Guggenheim Museum, New York. Since joining the institution in 2005, Megan has worked on over thirty exhibitions for the Guggenheim's extended constellation of museums in Bilbao, New York, Venice, and formerly Berlin, as well as organized shows elsewhere in North American and Europe for the traveling exhibitions program. Megan received her BA in art history modified with history from Dartmouth College and went on to receive her MA in art history from the Courtauld Institute of Art, London, where she specialized in late 19th-century French art. She serves as chairperson of the jury for the Mentorship Program of the Association of Art Museum Curators. 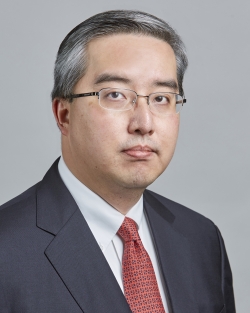 Steven S. Tseng '95, Tuck '01, serves on the Museum Advisory Council of the American Museum of Natural History (New York). He is vice president of the Finnish American Chamber in New York and serves on its board and is involved in the Finnish Museum of Natural History (Helsinki), the National Museum of China (Beijing), and the Taiwan Museum (Taipei). He serves on the Asian Board for the Tuck School of Business at Dartmouth and was on the Alumni Council at Dartmouth as well. He is also co-chair of Dartmouth's capital campaign in Asia. Steven has more than twenty-five years of experience in advising Global Fortune 500 multinationals on business transformation, restructuring, and cross-border mergers and divestitures and has held global and regional leadership positions in large global professional services firms. He holds an MBA and BA (economics) from Dartmouth and is an accredited senior appraiser (ASA) of the American Society of Appraisers. 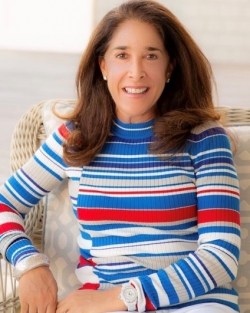 Natalie B. Wilensky '86 is the founder and lead curator of ArtFull Spaces, a philanthropic venture headquartered in Washington, DC, that sources and installs original artwork for commercial spaces throughout the United States. All of its proceeds are donated to client-selected art programs for children. She is a cum laude graduate of Dartmouth College, and she earned her JD at the University of Virginia School of Law. A native of Atlanta, Georgia, Natalie began her professional career in the NYC office of Jones Day, where she practiced commercial real estate, construction, and bankruptcy law. She transitioned from law to business while working for Morgan Stanley Real Estate. Thereafter, Natalie joined Hilco, LLC, where she was a principal and founding member of Hilco Real Estate, LLC, before being named a managing director of CIT Group, Inc., and she was a founding member of its real estate investment banking division. At CIT, she helped form its first female executive group and was one of only fifty female managing directors. She lives in Washington with her husband, Robert Bellinger, and son, Jacob.

Tags: Board of Advisors