Based on the Learning to Look method created by the Hood Museum of Art, this discussion-based approach will introduce you and your students to the five steps involved in exploring a work of art: careful observation, analysis, research, interpretation, and critique.

INTRODUCTION
This sculpture was made by an artist of the Yombe people sometime in the late nineteenth or early twentieth century. The Yombe are one of a group of loosely affiliated peoples that until the nineteenth century formed the Kingdom of Kongo in western Central Africa. This sculpture is about twelve inches tall.

* What do you notice about this sculpture?

Become more and more specific as you show the various views of the sculpture. Guide your students’ eyes around the work with questions like these:

What do you notice about the figure’s: 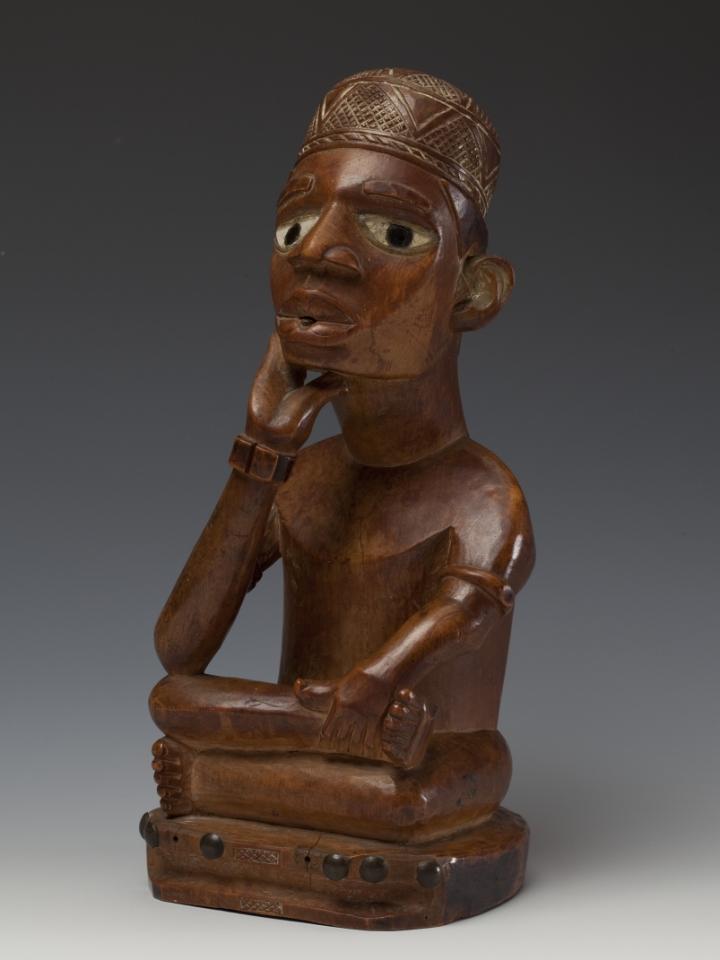 * What do you notice about the figure’s body from the front, the back, and the side? 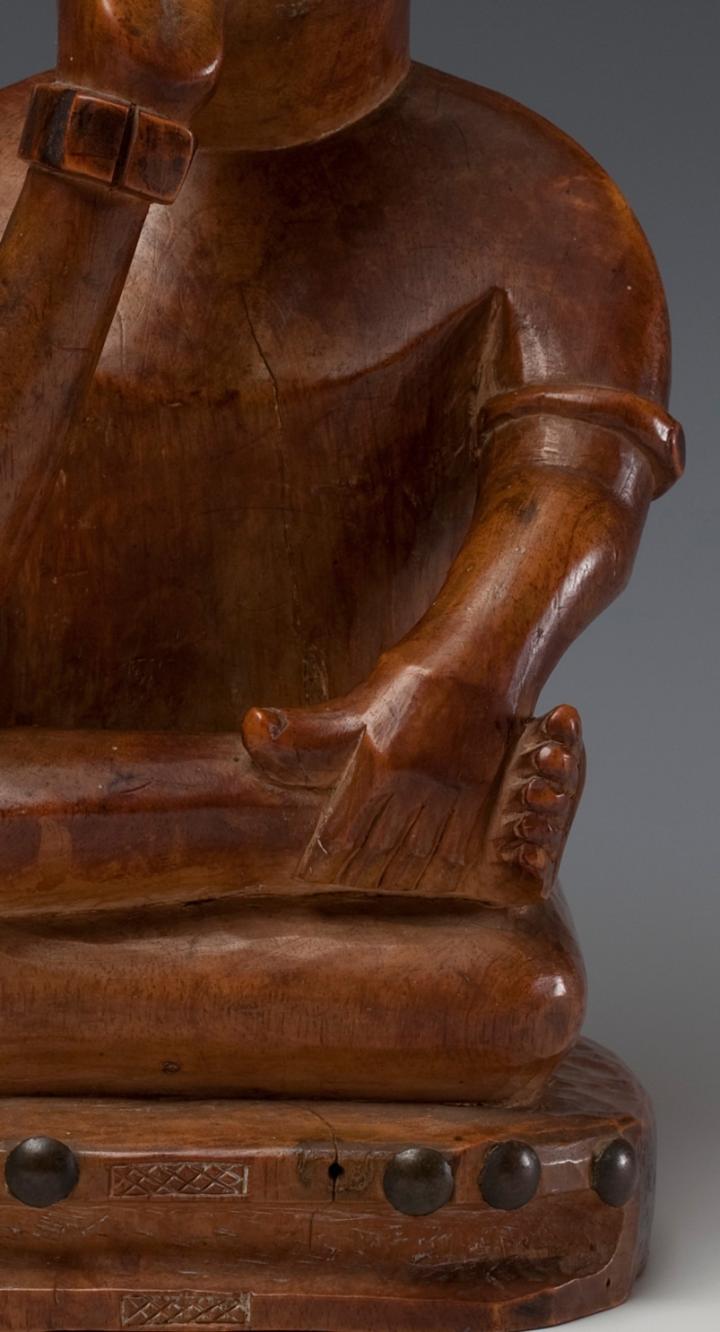 Women and men typically went bare-chested in Yombe society, but it is unusual to see the lower half of the body exposed. Memorial figures were often clothed with a simple cloth wrapper around the midsection. That may have once been the case with this figure, but we cannot be sure. It is also possible that clothing was painted on the legs and hips.

* What do you notice about the carving of this figure and the surface of the sculpture?

* What do you think this sculpture is made of?

* What might this figure's pose and facial expression tell us about him?

* What does this sculpture tell us about the qualities the Yombe people value in their leaders?

* What does it tell us about the role of art in Yombe society?

* Do you think this sculpture is successful and well done? Why or why not?

* How does it compare to representations of leaders in your own culture?

This figure is an idealized portrait of a deceased Yombe clan leader, or mfumu kanda. It was placed within a small, enclosed shrine constructed above his grave. Originally painted white, it was the centerpiece of a colorful sculptural group that included his wives and other members of his household. According to the Yombe worldview, which was widely shared in this region of western Central Africa, one's existence followed an unending cycle of birth, life, death, and rebirth that was equated with the four stages of the sun's path across the sky: dawn, day, dusk, and night. When family members died they were understood to live in a world of the dead parallel to that of the living. From this world they observed their survivors and participated in their lives until they were once again reborn in succeeding generations. The cemetery, and more importantly the burial site itself, served as a point of direct contact between the living and the deceased.

Sculptures such as this one gave tangible form to ancestors and served as a focal point for interactions with them. This work presents the mfumu kanda as a majestic and benevolent leader in both life and death. The figure wears the traditional closely fitting headdress and three armlets or bracelets that he received when he became the leader of his clan. The head is the largest part of the figure proportionally, representing the center of perception and thought. The robust body and the fine, balanced features of the face suggest a man in his physical prime. The careful arrangement of his legs and hands are culture-specific signs of thoughtfulness and self-control. Sitting cross-legged conveys a sense of the complete composure of one "who bears the world on his head." The head-in-hand gesture communicates ideals of pensive reflection before speaking. It also represents "mourning for those left behind," the continuing sense of duty a leader feels toward his dependents even after his life on earth has ended. The sculpture's large, gazing eyes are painted white with clay, the color of death and the land of the dead, to augment their clairvoyant vision and allow him to see between the worlds of the living and the dead. The artist added glass covering to lend them a sparkle of life. Fixed by these eyes, visitors to the grave of this deceased leader felt a palpable emotional and psychological connection to the ancestor it depicted.