A Space for Dialogue 85 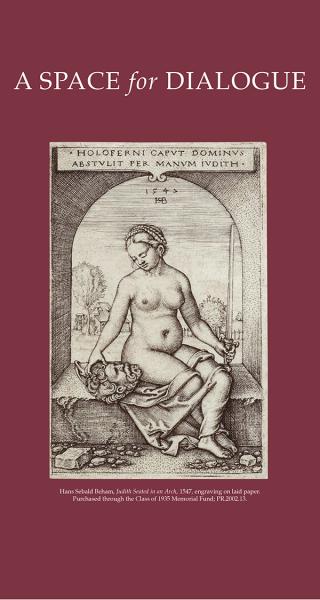 Creating the Feminine: Representations of Biblical Women from Sixteenth-Century Germany

Published by the Hood Museum of Art, Dartmouth College

Many artists in sixteenth-century Germany created images of biblical women and female saints. The ultimate woman, Eve, brought life and, through her sin, death to the entire world. Biblical accounts also describe an alternative female trope, the virgin martyr or saint. These two ends of the spectrum did not constitute the only ways women could be depicted, and images varied depending on what an artist chose to emphasize.