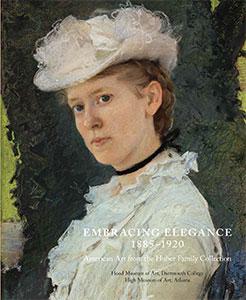 This publication highlights a collection of over thirty American impressionist and realist pastels, drawings, and paintings by some of the leading artists active at the turn of the twentieth century, including Cecilia Beaux, Thomas Wilmer Dewing, Robert Henri, John Singer Sargent, John Sloan, John Henry Twachtman, and J. Alden Weir. Collected by Jack Huber, Dartmouth Class of 1963, and his wife, Russell, these works reveal artists’ responses to the dramatic changes that were taking place in American art and culture at the turn of the twentieth century. This fully illustrated volume includes a brief reflection by the collectors on their collecting practice and essays and/or catalogue entries by Barbara J. MacAdam, Stephanie Mayer Heydt, and Susan G. Larkin.