Crossing Cultures: The Owen and Wagner Collection of Contemporary Aboriginal Australian Art at the Hood Museum of Art 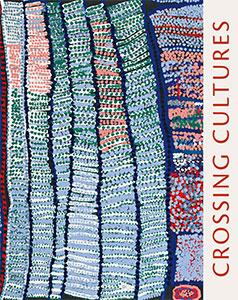 This publication highlights the extraordinary Owen and Wagner collection at the Hood Museum of Art, Dartmouth College, through its reproduction of more than 120 works of contemporary Aboriginal Australian art. These objects, in styles both traditional and contemporary, are by artists from outback communities as well as major metropolitan centers and span five decades of creative activity. They also represent the many art-making practices of Aboriginal peoples across the Australian continent. Essay contributions feature established and upcoming scholars including Hood curator and volume editor Stephen Gilchrist.