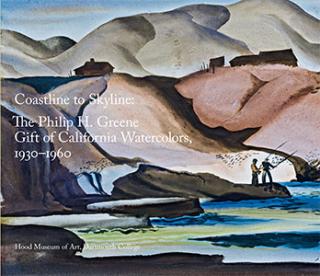 Barbara J. MacAdam, with an essay by Paul J. Karlstrom

The so-called California-style watercolorists, an informal but closely knit group, were most active from the late 1920s through the 1950s. They achieved national recognition for their generally large-scale watercolors painted with broad, saturated washes in a manner that was bold and expressive, yet representational. Among the best-known of the group were Millard Sheets, Phil Dike, Rex Brandt, Barse Miller, Emil Kosa Jr, and Dong Kingman. These artists celebrated their environs through images of the state’s dramatic coastline, agricultural and fishing traditions, public amusements, and bustling cities. In keeping with the populist, nationalistic mood of the era, they captured unpretentious, “typically American” subjects that transcended their regional content to appeal to audiences coast-to-coast.