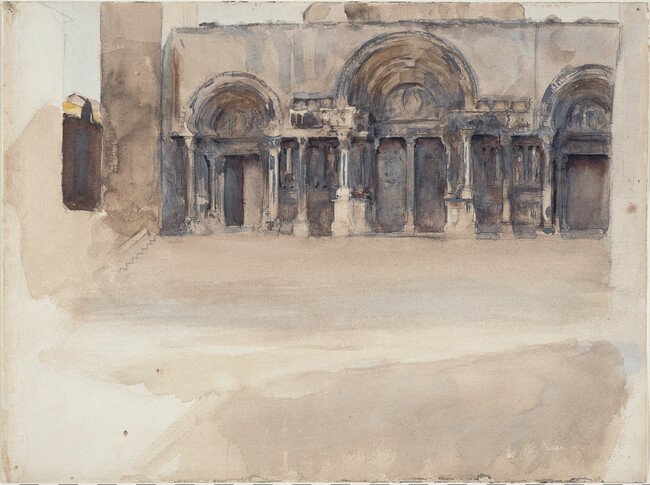 Inscribed, in graphite, on verso [not in Sargent's hand]: Chairman of Christie / Sir Alec Martin / Leicester Gallery; [Gallery label on reverse of backing: two from Davis Galleries, New York (one an exhibition from 1969 listing the owner as Mrs Morton Baum), one from David Rasmus, Atlanta, Georgia (1987 accession number)].

From Copley to Dove: American Drawings and Watercolors at Dartmouth, Hood Museum of Art, Dartmouth College, Hanover, New Hampshire, (no cat.), March 11-May 28, 1989.