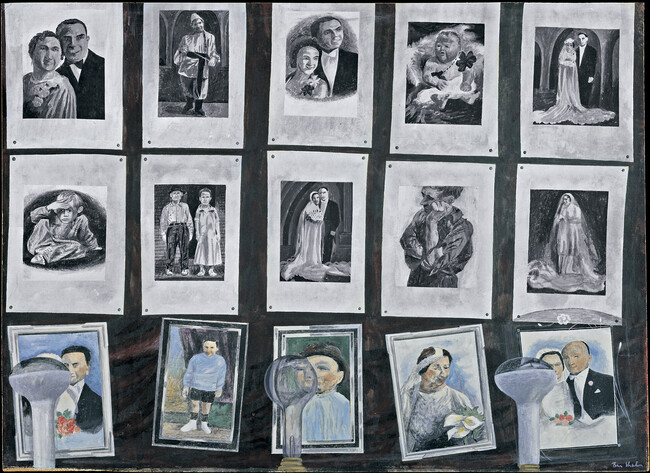 Tempera on paper mounted on board

Laura Katzman, Deconstructing Documentary: Ben Shahn's Use of Photography (an article in the journal in the monograph series of the German Association of American Studies), Heidelberg: Universitatsverlag, C. Winter, Spring 2001, ill. p. 187.