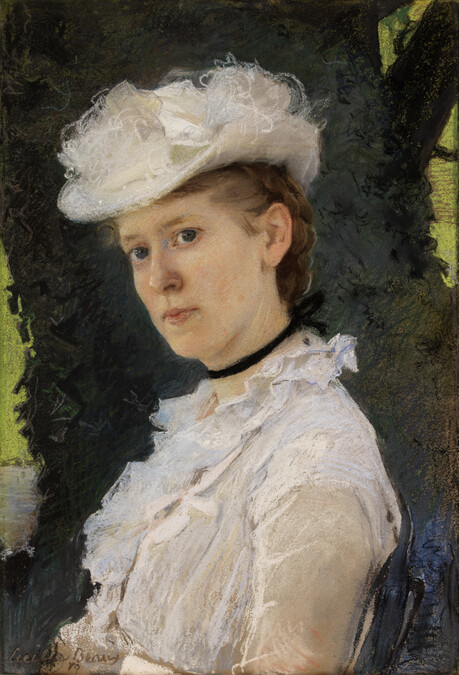 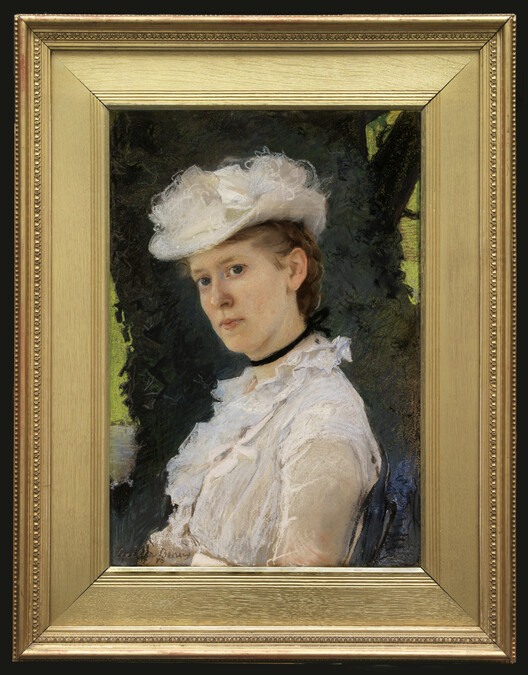 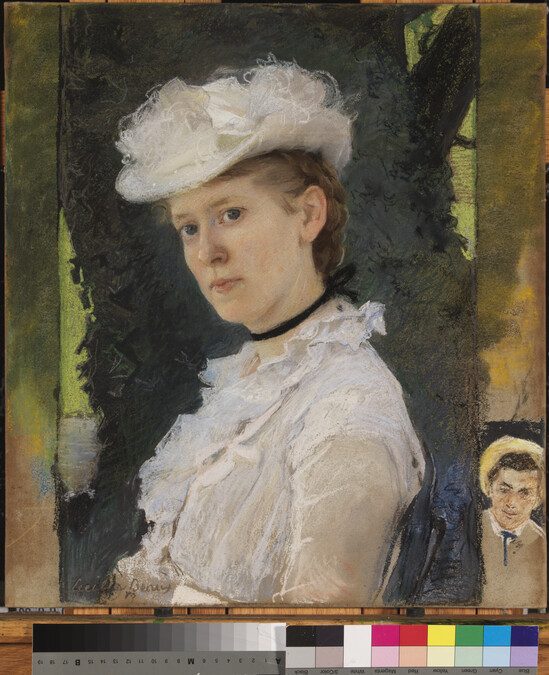 Pastel on warm gray paper laid down on canvas

Signed and dated, lower left: Cecilia Beaux / 89; label on bottom verso of original frame: WILLIAN FARREN and SON / Printsellers and Publishers / Carvers, Gilders and Frame Makers / 14, KINGS PARADE, CAMBRIDGE; inscribed, in graphite, by former owner Cecily Darwin Littleton on brown paper gum tape on frame backing: The portrait of Lady Darwin (née Maud DuPuy, of 4102 or 4201 Spruce St, Philadelphia, Pa, in 1883 or so) by her aunt[sic] Cecilia Beaux, in 1893?[sic], in Cambridge, England. / She lived at Newnham Grange, Cambridge, now Darwin College, on Silver Street. They have a black and white copy, as has the Pa Academy of Fine Arts in their files. Two photographs in color were made in 1965, one belongs to Mrs. Laurens Rhinelander, Charlottesville, Va., Lady Darwin’s niece. The other to G.P. Darwin, Esq., London, her grandson.

Pennsylvania Academy of the Fine Arts, The Paintings and Drawings of Cecilia Beaux. Philadelphia, 1955, p. 39 (not ill.).