The Art of Sonia Landy Sheridan 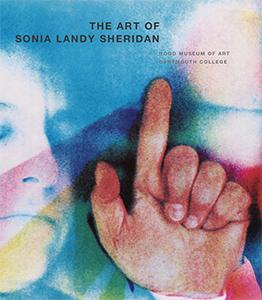 With an essay by Diane Kirkpatrick

This publication presents one hundred works by Sonia Landy Sheridan, who through her art has investigated the inner landscape of her own intensely creative, and often playful, mind. Sheridan is known for her experiments with the new forms of technology that sparked the late-twentieth-century communications revolution, as well as her experience as both an inspiring teacher and an artist-in-residence at the 3M Company. This retrospective view of Sheridan’s artistic production from the 1950s to the present includes her important work with various early imaging machines, such as the first color copier manufactured by 3M and early computer graphic systems.

Much has been written about Sheridan as a teacher and experimenter with art and science, as well as about her sustained role in the movement that led to collaboration between artists and scientists. Far less attention has been paid to her unique contributions as an artist. This publication, drawn from the Hood Museum of Art’s archive of over six hundred of the artist’s works dating from 1949 through 2002, focuses on Sheridan as artist. No matter the medium—drawing, watercolor, or images made with various machines—her concern with the fundamentals of human experience, especially the transformative and unexpected, permeates her work. This monograph will engage students of new media, art, the history of technology, and the creative mind.