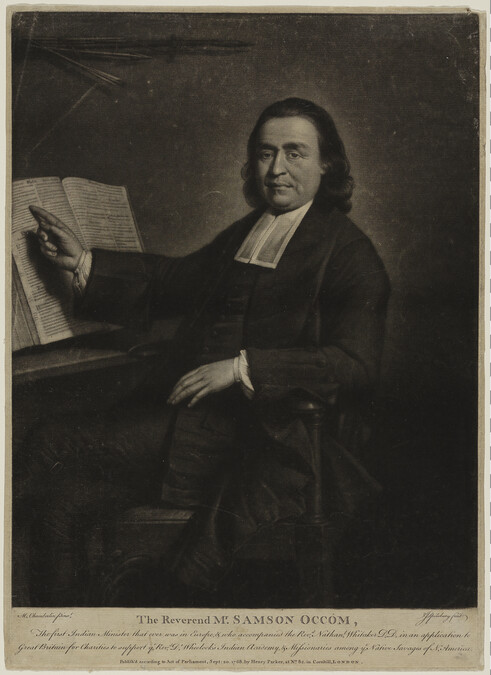 Inscribed, lower left: M. Chamberlin pinx.t; lower right: J Spilsbury fecit; center: The Reverend Mr. SAMSON OCCOM, / The first Indian Minister that ever was in Europe, & who accompanied the Revd. Nathanl. Whitaker D.D. in an application to / Great Britain for Charities to support ye. Revd. Dr. Wheelock's Indian Academy, & Missionaires amoung ye. Native Savages of N. American. / Publish'd according to Act of Parliamnet, Sept: 20, 1768. by Henry Parker, at No. 82. in Cornhill, LONDON.; on reverse, of mat: Acquired October 1961 by gift of Mrs. Robert W. Birch.