The inaugural exhibition at the Hood Downtown Exhibition Space will feature the work of contemporary French photographer Laetitia Soulier. She bases her images and sculptures on the idea of fractal geometry, where each area has a direct scale relationship to the other—understanding a fraction of the world she creates implies comprehension of the whole. Of course, she enjoys simultaneously breaking these rules in her images with the addition of people, whose presence defies the otherwise logical scale relations. In this way, her work mixes logic and magic seamlessly, in a manner consistent with a certain stage in childhood development.

To achieve her effects, she builds carefully handcrafted models that are stages for the single lens of a camera. For each photograph she creates an entire universe. For each series of photographs—“The Matryoshka Dolls” and “The Square Roots”— the visual themes are constant, and many of the furniture pieces are reused, but the set is remade for each individual image. Despite laboring over the models for months, she still applies post-production to her work as well, to merge the various elements we see, and especially to get the lighting the way she wants it. Soulier moves effortlessly, and without prejudice, between the tools of the hand and those offered by the computer—between pliers and Photoshop.

The Craft of Art

In collaboration with the Studio Art Department and Dartmouth’s Artist-in-Residence Program, the Hood Museum of Art presents recent works by visiting Belgian artist Eric van Hove. Born in Guelma, Algeria, van Hove was raised in Yaoundé, Cameroon. In 2011, he moved to Marrakesh, Morocco, where he created his breakout V12 Laraki, an exact replica of the Mercedes-Benz engine of the same name, recently acquired by the museum. Produced in collaboration with about fifty-five local craftsmen, the sculpture showcases van Hove’s ingenuity and the brilliance of Maghreb craftsmanship. In addition to the majestic V12 Laraki, the exhibition includes an exploded V12 engine gearbox, and five smaller parts, all meticulously handcrafted using different techniques and with materials sourced from around Morocco.

Selections from the African Collection

The Art of Weapons
April 26, 2014, through March 13, 2016
This exhibition explores the Hood Museum of Art's extraordinary collection of African weapons for the first time. It focuses on the aesthetic quality of the objects, and on the ways in which they reflect notions of masculinity, warriorhood, and ideal male beauty in traditional African societies. Because the weapons are in a Western museum's collection, the exhibition also considers Western notions of masculinity, as represented in the collecting practices of those Christian missionaries, colonial administrators, military officers, big game hunters, and explorers who acquired most of these weapons in the late nineteenth and first half of the twentieth centuries. Although the exhibition draws from several cultures in the five sub-regions of Africa, it is not a broad survey of African weapons. Instead, it presents exemplary highlights from the Hood's extensive collection, categorized as "offensive" and "defensive" weapons. 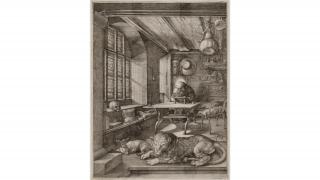 Points of View
January 04, 2016, through March 13, 2016
The works of art in this exhibition, arranged in pairs, offer contrasting positions by artists on a variety of themes: men and women, the family, war and human suffering, landscapes and seascapes, images of others and of the self. Each pair is accompanied by a single question intended to provoke further questions about the artists’ individual approaches to their subjects: From what points of view (literal, emotional, intellectual) does the artist look at his/her subject? Is the artist’s stance celebratory? honorific? critical? a form of protest? In what ways does the artist communicate this to the beholder? Art history professors Joy Kenseth and Mary Coffey curated this exhibition in conjunction with their course Introduction to the History of Art II, a survey of art and architecture from 1500 to the present. 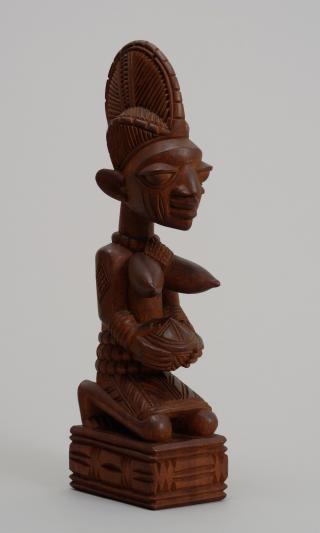 Inventory
January 16, 2016, through March 13, 2016
Successive African art curators at the Hood Museum of Art have assembled an extraordinary and holistic vision of the arts of Africa that encompasses both important historical milestones and the multiple cultural and social vistas of this continent. Acquired over the past two years and on view together for the first time, these thirty-one exceptional objects map the contour of modern and contemporary African art from the 1960s to the present while also shedding critical light on the diversity of African artistic practices by multiple generations of artists. The installation includes an exciting array of paintings, photographs, sculptures, drawings, ceramic, and mixed media, including works by Ibrahim El Salahi, Lamidi Fakeye, Akin Fakeye, Owusu-Ankomah, Victor Ekpuk, Chike Obeagu, Candice Breitz, Nomusa Makhubu, Julien Sinzogan, Aida Muluneh, Halida Boughriet, Mario Macilau, Eric van Hove, Khulumeleni Magwaza, and Nidhal Chamekh. 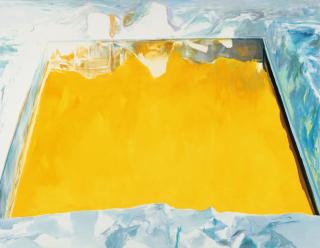 Eric Aho
January 09, 2016, through March 13, 2016
Vermont-based artist Eric Aho’s series of Ice Cuts paintings is inspired by the hole cut in the ice in front of a Finnish sauna, an aspect of Finnish culture that Aho’s family has maintained to this day. Intended for an icy immersion following the heat of the sauna, the avanto, as it is called in Finnish, underscores and personalizes the inherent contrasts in nature. Aho began the Ice Cuts series nine years ago, making one painting a year of the dark void produced by the act of sawing into the thick ice. This exhibition is the first to concentrate on the Ice Cuts paintings he has created to date. The central abstract form in these compositions provides the structure for experimentation with paint texture, surface, and subtly nuanced color, lending these frozen scenes both an austere beauty and a particular vibrancy. This exhibition brings together the major paintings in the series to date and smaller, related works on paper to offer unique insight into the artistic process.